As mentioned in the history section about the community, the decree of erection as a ‘public association of the faithful destined to become a religious institute’ was received from Cardinal Cormac Murphy O’Connor in December 2003 (a copy can be seen below). This followed two years living together as a private association of the faithful discerning what the Lord was asking of us.

The action of the Cardinal established COLW as a public juridic person in the Church (this is defined in canon 313 of the 1983 Code of Canon Law, which is the principle legal text of the Roman Catholic Church. Sr Sharon Holland, IHM, who has advised us on matters of Church law throughout COLW’s existence, kindly sent us some notes in March 2013 (extracts of which follow) to help us, and all those interested, to understand the common practice when new religious communities are started.

‘Although it is not evident in the Code (of Canon Law), it is the long practice of the Holy See, that before becoming a religious institute, a community must first be established as an association of the faithful in the Church. In the past, and under the 1917 Code, these were referred to as pious unions, but the principle is the same. Members lived as religious, wore habits etc., back in the 19th century, while growing, gaining experience and preparing for formal approval as religious. All institutes begin this way.

Because of this, when a bishop is establishing such an association, he is advised to write the Decree saying that it is a “public association of the faithful, destined to become a religious institute.” There is similar language in Pope John Paul II’s apostolic constitution Pastor Bonus, n. 111, placing such associations in relationship with CICLSAL (the Vatican’s Congregation for Institutes of Consecrated Life and Societies of Apostolic Life). 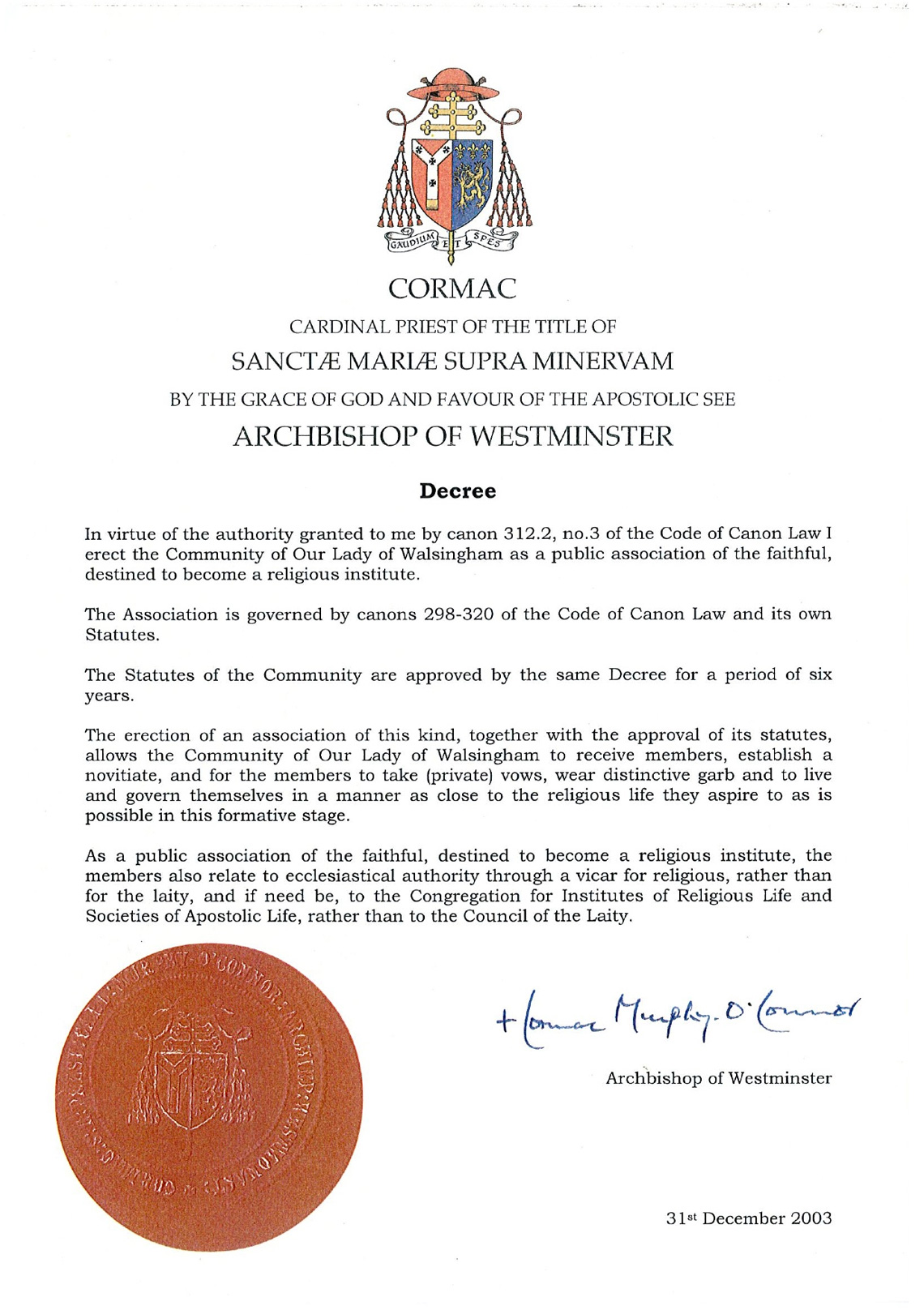 Cardinal Murphy O’Connor’s Decree of Erection of the Community of Our Lady of Walsingham contains a number of points which reflect the intention of the Church in requiring this first canonical step for a new foundation.

Sr Sharon has also noted several other key points in relation to COLW’s current status, and for the benefit of those people who may be interested in the canonical status of COLW we include these comments for reference:

Any reader who wishes to make further enquiries about the canonical status of COLW is encouraged to contact us directly with any questions that they may have. 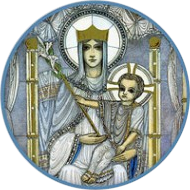